A New City on a Hill

You are here:Home/News from the Churches, Uncategorized/A New City on a Hill
Previous Next

A New City on a Hill

You are the light of the world. A city that is set on a hill cannot be hidden.
-Matthew 5:14

What an amazing picture of truth that Jesus paints for his disciples found in this passage of Matthew. This is a truth that energizes the people of New City-Loma Vista, once known as Loma Vista Baptist Church.

New City-Loma Vista is the newest campus of New City that has been planted by the multi-campus church here in the Kansas City area. It is the fourth campus launched through New City Church that had its first campus roots planted in Shawnee, Kansas. Founded by Pastor Matt Miller and his wife Jenn, New City-Loma Vista now occupies a location that has a long history.

The church building at 8622 Blue Ridge Blvd in Raytown had once been home to a thriving congregation. The first church that called this location home originally launched in 1959 but is now a new home for a new generation along with a few of its original members. Sixty years from the original opening this old building is now seeing new leadership, new vision, new people, new baptisms, and new life. 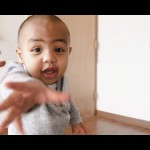 NCLV is a church body that has the heart to love and obey Jesus by engaging with the community and making disciples that make disciples. 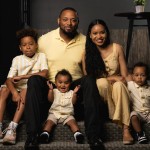 The new introduction to the community there in Raytown has brought new leadership starting with Pastor Price Wright (pictured left with his family) being named as the campus pastor, joined by his wife Arrica; husband and wife duo Tim and Magen Collier have been named as the Worship Leaders; along with Nia Hill as the Children’s Ministry Director. This new campus has been blessed with the servant’s heart of members from the other campuses that all have answered the call to help serve in any area where there is a need to serve. There has been a collective effort from painting, to installing flooring, from changing light bulbs, to installing a sound system.

When I spoke with NCLV campus Pastor Price Wright he said, “My heart is that we know the names of the people in our 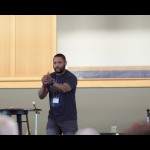 community and that they know they are known”. He continued to say that he’s excited to be a part of what God is doing and going to do in this community. So far, they’ve been able to engage with the community, and begin a mission to be a church that lives as an example of what it looks like to be the salt that affects everyone and everything that it touches. It is not uncommon to hear the leadership of NCLV speaking about trusting in, and living like Jesus, which is evident in their strong discipleship culture. NCLV is a true example of what it looks like when the light of Jesus is held high up on a hill.