Meet One of our Newest Churches

You are here:Home/BRKC News, Church Spotlight/Meet One of our Newest Churches
Previous Next

Meet One of our Newest Churches

Get to know Faith Baptist of Lee’s Summit – one of our newest member churches!

Faith Baptist Church was started in 1955 as Ridgewood Baptist Church and later was changed to Faith Baptist Church in 1967. It was founded by Pastor Robert Glover who started the church and was the pastor for over 40 years. Our church mission statement is based out of Ephesians 4:12 “For the equipping of the saints for the work of the ministry, for the edifying of the body of Christ.” 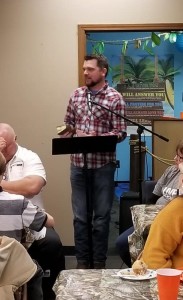 As a Pastor, I would say that the heart of what we do obviously revolves around our times of preaching and teaching of God’s word, but next to that would be our small group ministry. Over the years we have seen our small groups be the means in which God has brought us closer together as a church and allowed us to dig deeper into the message our church hears on Sunday. We have certain events throughout the year that focus solely on outreach into the community; these include our VBS, trunk or treat and our wild game dinner that continues to grow year after year.

I did not grow up in a Christian home and was born to two parents that were still in high school. I was blessed to have grandparents that had recently come to Christ and they took me in and spiritually invested in me. Going to Christian camp in the summers at Camp Chetek, in Chetek, WI, God began to show me through the preaching of the gospel that I needed a personal relationship with Him, and at the age of 16 I received Him as my Lord and Savior. God then directed me to train at Northland Baptist Bible College where I met my wife Heather. My wife 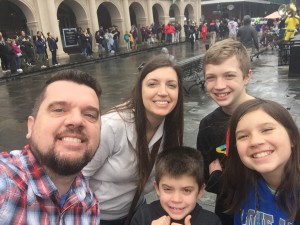 is from the Weston, Platte City area and after graduation I moved to Missouri. In 2003 we were married and now have three children, Caleb (14), Grace (11) and Isaac (8).

I was working as a carpenter and attending seminary, when a classmate told me of a church where he was an assistant pastor in Lee’s Summit called Faith Baptist Church. We attended for a short while until we purchased a home in another town and moved away. After a few years this friend contacted me to let me know he was taking a pastorate in Kansas and wanted to know if I was interested in becoming the associate pastor at Faith. We were voted on in February of 2008 and served for a year as the associate/youth pastor. When the pastor retired one year later, the church voted for me to be their senior pastor.

At Faith Baptist, our desire is to reach our community with the love of Christ and see that love reproduced in the lives of others.