Fellowship Church Experiences What Can Be Done Together

You are here:Home/BRKC News, News from the Churches, Newsletter/Fellowship Church Experiences What Can Be Done Together
Previous Next

Fellowship Church Experiences What Can Be Done Together

It was June of 2014, Fellowship Church in Greenwood had been in existence barely 2 years. There was a dream of something more emerging from this church replant.

Together we were ready to move beyond what we could see, and believe God in order to experience what could not yet be seen. We began to take seriously Jesus’ words so we put a plan in place to love our neighbors. Those in the pew and classes next to us, those who lived in close proximity to our building, our community and those who lived closest to us in our neighborhoods. Today we call this our Live to Bless philosophy.

In those early years we were not seeing many people coming to faith, we were not seeing Jesus transform lives, but we believed that we could. As a church we decided to anticipate what Jesus would do if we did the work of His disciples, love one another, deny self, obey the scriptures and follow His example. And slowly, what we couldn’t see or really even fathom, began to become our reality… People coming to faith, 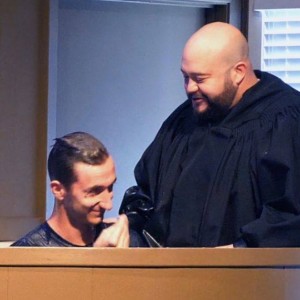 baptisms, marriages being restored, and lives changed became a regular occurrence. We were enjoying some fun, fruitful amazing days.
Then in 2018, we again were ready to move beyond what we could see in terms of Jesus working in our church and community to what we believed He could do, and would do in other communities. Together, we stepped out into a new God adventure…to follow His leading in to church revitalization, to pay forward what Lenexa Baptist had done for us. We were unified around the dream that Jesus would do in other communities what He had been doing in our community. We had no idea how this would be achieved, when this would take place or in what city.

But God…we trusted He had all the details worked out, and we would wait upon His timing. About this same time, Jesus was working in the lives of another people across town. The great folks of First Baptist Church of Raymore were believing God for more, they too had a dream of a move of God, they too were thinking outside of the box, they too were holding things loosely because their main motivator was getting the gospel to people in their city.

December 2018 rolls around and the phone rings. God was moving and preparing. It was First Raymore on the phone. This phone call was the Almighty God uniting two groups of His people, taking two separate dreams for more, and making them one. God was making something that seemed so impossible to us individually, that for it to become a reality, we must unite as one. 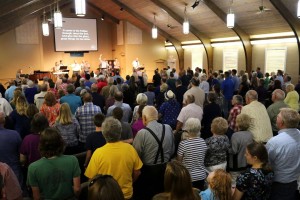 Today we serve the High King on the Great Throne who has unified a dream that two congregations were given and formed it into one dream.
Together… we dreamed of a church so engaged in loving one another by living out the one another statements that people would be drawn to our Christ because of the way we cared for one another.