To The Ends of The Earth: Vancouver Update

You are here:Home/Vancouver/To The Ends of The Earth: Vancouver Update
Previous Next

To The Ends of The Earth: Vancouver Update

How Our Partnership Began 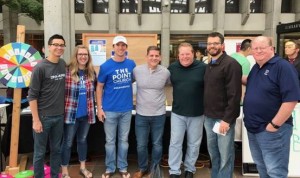 In September of 2010, Dr. Hammer and four of our area pastors traveled to Vancouver, British Columbia to further explore the possibility of a partnership between the churches of that area and the Association. What our team found was a very beautiful, but very lost city.

Vancouver is the third largest metropolitan area in Canada, with a population of more than 3 million people speaking over 200 languages. It’s a city of several cities, including Richmond, Steveston, New Westminster, Burnaby, Surrey and Pitt Meadows. Dozens of communities can be found along the transit line, each with its own personality and spiritual typography. Successfully reaching the people who live in Vancouver takes churches that reflect the ethnic makeup and culture of the communities in which they are planted. It is estimated that over 93% of Metro Vancouver is lost.

In October of 2010, the Association voted to enter into a missions partnership with the churches in the West Coast Baptist Association of 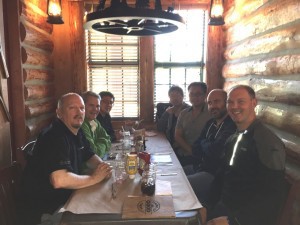 Vancouver as part of our Vision 2020 Master Ministry Plan. Pastor Chane Hutton served as the Associations Advocate to Coquitlam (a suburb of Vancouver), leading Vision Trips with other Association Pastors, Church Planters and Church Leaders.

In addition to Vision Trips, we responded to a request from Vancouver to hold an encouragement retreat for Church Planters and their families. Since 2012 we have provided yearly retreats which minister to an average of 80 planters/pastors, wives and children. We provide leadership and resources in the areas of marriage and family as well as worship and devotions. During the retreats, we provide child care for all the kids so the parents can experience a time of encouragement and refreshment.

Support and Partnership From BRKC Churches

Over the past 8 years, we have had a number of our churches provide support, both financially and physically. South Kansas City, Heart of Life, and South Haven just to name a few. Christian books and CD’s were sent by AZ-U-R Church in 2012 responding to a request for Christian materials which is not readily available from bookstores in Vancouver. Missions teams have gone 17 to provide support for local church planters in the Coquitlam area, where we partner with planters Conrad Au (The Common Place) and Victor Thomas (The Point Church). However, the cost of living is extremely high in Vancouver (it’s the second most expensive city in the world in which to live) and the needs are great. The church planters must raise their own support so monetary needs are high. We currently provide support for four church planters, but more support is needed. 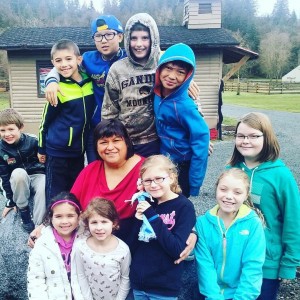 God is at work and great things are happening in Vancouver and Coquitlam. For example, two church planting hub centers were started in 2014 for the purpose of training church planters and birthing church plants. People are hearing the gospel in different languages and many are coming to know Christ. When we first began our partnership with Coquitlam, there were only three churches operating. Now after 8 years of support, there are 8 churches and plants in the Coquitlam area which are seeing people saved, baptized and added to the church. The Association continues to advocate for Coquitlam, leading Vision Trips twice a year for interested churches and individuals. While this may not seem to be the ends of earth to some, Vancouver has become a place where the ends of the earth have gathered. If you are interested in learning more about our Vancouver Partnership, contact the Association office at 816-623-5260.

This article was originally posted in the 2018 Book of Reports. Photo courtesy of Pixabay.com.