You are here:Home/BRKC News/Fall Semi-Annual Meeting Looks Backward and Plans Forward
Previous Next

The fall Semi-Annual Meeting met for the 38th Year of the Blue River-Kansas City Baptist Association. The meeting was held at Abundant Life Baptist Church in Lee’s Summit. 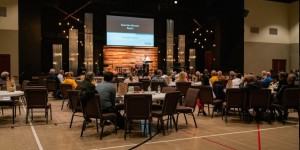 Dr. Rodney Hammer interviewed Pastor Luis Sanchez from Primera Iglesia Bautista de Independence, asking how he was called to the ministry and got into church planting as a layman. Pastor 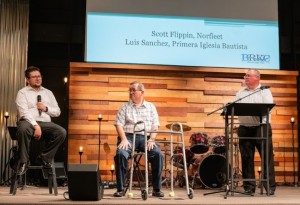 Gregg Boll, Associate Director, recognized new churches to the Association, new pastors and staff and pastors that earned degrees in 2019. Mike Roy from the Pathway Church, Scott Flippin from Norfleet and Luis Mendoza from Palabra Viva all received Doctoral degrees from Midwestern recently.

Earlier in the year, several individuals and churches expressed an interest in starting a BR-KC Disaster Relief unit. The idea took off and the new DR team is well underway. Gregg 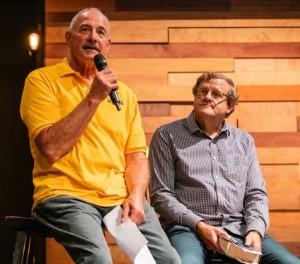 Boll interviewed Roger Masters who will be heading up our team. The new DR trailer was also on display showing off their capabilities to do both mud-out and chain saw work. If you are interested in learning more about DR or getting involved, contact Chris Houghtaling at [email protected]

Robert Easton from the newly formed Fellowship Church Raymore was interviewed by Gregg Boll. Gregg served as interim at FBC Raymore as the church considered its future direction. Robert was a long-time member of FBC Raymore and led their search team in exploring the idea of, and eventually approving, the merger with Fellowship Greenwood. The merged congregation is growing, averaging 100 more in attendance than before.

Moderator Brian Grout, pastor of Church at Three Trails in Independence was recognized for his year of service with a commemorative gavel while Chris Williams, Pastor of Fellowship Church Greenwood was recognized as the 2020 Moderator and Pastor Marvin Tigner from Fellowship Baptist Church as Moderator-Elect. 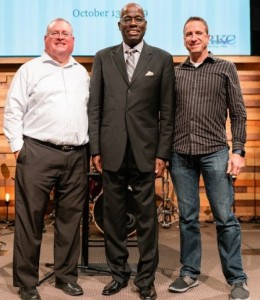