BRKC Shares The Love of God in Ethiopia

You are here:Home/Horn of Africa/BRKC Shares The Love of God in Ethiopia
Previous Next

BRKC Shares The Love of God in Ethiopia

Since 2011, BRKC has partnered with a local Ethiopian church to train up church leaders, empower refugees, and bring hope of a better life to Eritreans and Ethiopians in Northern Ethiopia. Over the last six years things have really changed and grown in the way the teams have been able to serve in the Horn of Africa. What began with a trail blazing trip from Dr. Rodney Hammer nearly seven years ago has now blossomed into many different areas of service. 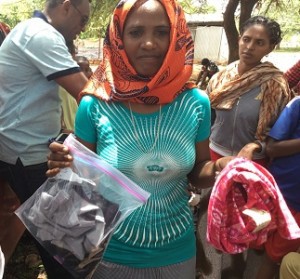 As of September 2018, in the Tigray Region there are 5 church plants being supported, 43 children sponsored from 3 different towns and 50 widows and orphans that are visited and given food donations while teams are in country, just to name a few. In a refugee camp by the name of Shimelba, a beautiful library was constructed and filled with thousands of books shipped from the US with numerous volunteers and donors backing the project over a long period of time. Countless people in the camp come and enjoy the beauty of the building and read in multiple languages of their choice.

There are 4 camps in this region with each one averaging 5,000 refugees on a given day. Hitsats is one our team has been focusing on due to the fact it has over 1,300 unaccompanied minors. These children have been receiving clothes and shoes 2-3 times per year while our teams build relationships with the leadership and children. 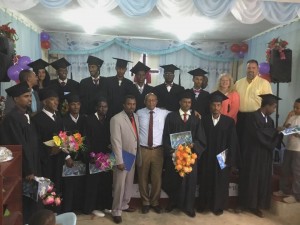 In the town of Shire, the Shire Kalehiwet Church has built a Bible college where theological classes are taught. Students come from surrounding towns as well as the camps making great sacrifices while being under great persecution. In May of 2017 the first class graduated from the college and what a day of celebration that was! The first day of class September 2018, 14 of the 35 students were from the refugee camps.

Hopes and Prayers For Ethiopia

Since the peace talks have taken place recently between Eritrea and Ethiopia, we have seen a few cars with Eritrean license plates which indicates that some of the people are able to come and go across the border. Wouldn’t it be an answer to prayer if someday the refugee camps in Ethiopia were completely empty? The Lord has an ultimate plan that we do not understand. We will continue to be obedient to his calling, whatever that may look like both here at home and to our brothers and sisters in Ethiopia.

This article was originally published in the 2018 Book of Reports.